You have seen parts of our garden in nearly all photos I have uploaded. Most photos were taken from the end of November onwards. Not the best time for a garden. And to add to the misery you had to look at a torn-down fence. It used to be a lovely fence, painted yellow with frames for plants to get attached to.

As these things go, we had to pay the consequences for neglect. After a couple of years of NOT painting the fence, we heard a strange sound one sunny morning. It was the sound of a plank falling out of the fence. A few days later, two planks fell out at the same time. The right side of our garden looked like an old man with half of his teeth missing. So we took them all down. We could do that as our neighbours have their own fence on the other side of the posts.

This spring we are getting a new shed and a new fence. Hopefully exactly the same and also yellow. We like the sunny charm of it.

Here are some photos of our garden in the good old days and two photos taken this month with the garden covered in snow. 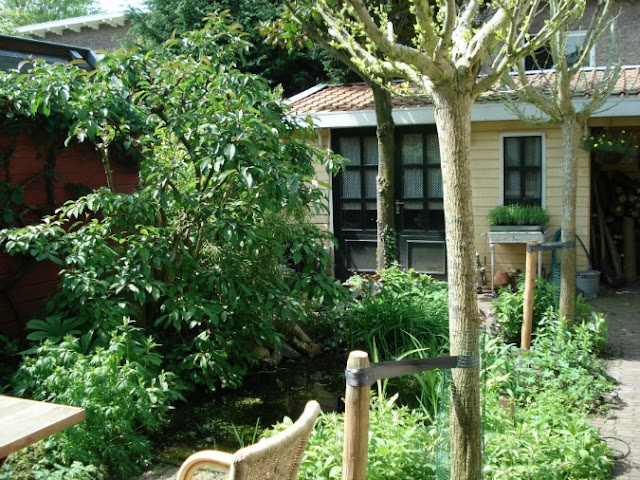 Above: unfortunately the two trees at the right, died this spring. Boehoe… 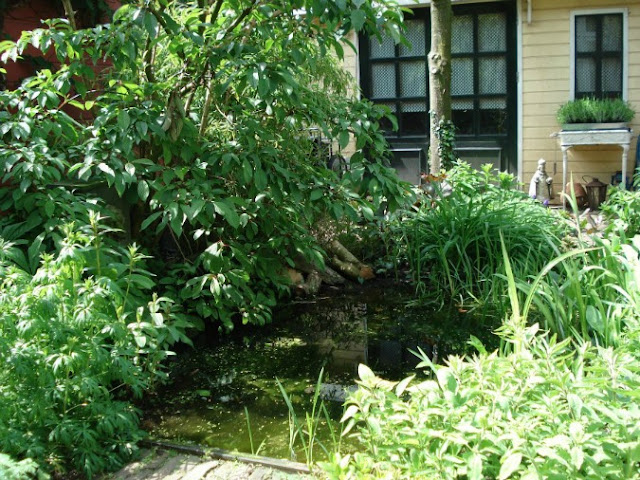 All photos were taken in spring and the trees were not in full bloom yet. 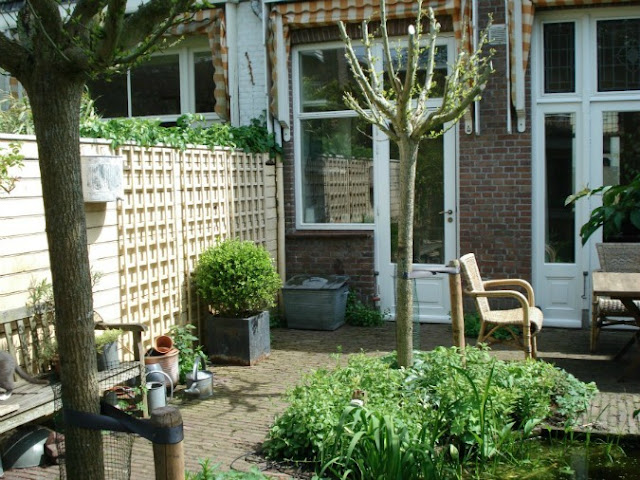 Below and above: the bench is also gone as it took up too much space.
You can see my previous cat, called Sari, sitting on it. She died two years ago, age 15. 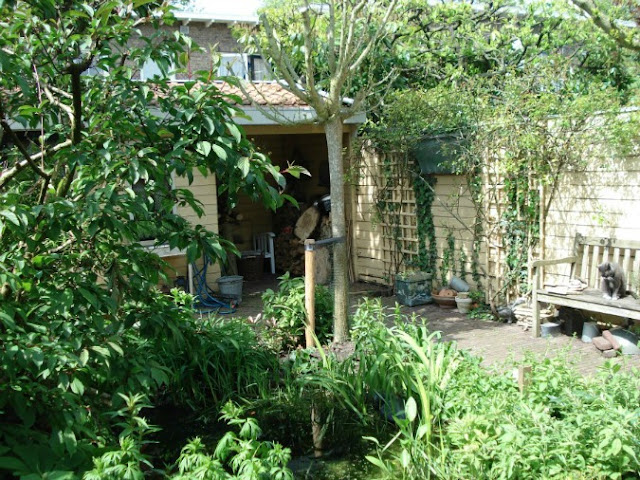 A look at the back of our house. I have covered the faces of our guests as they are not too keen to appear on the internet. 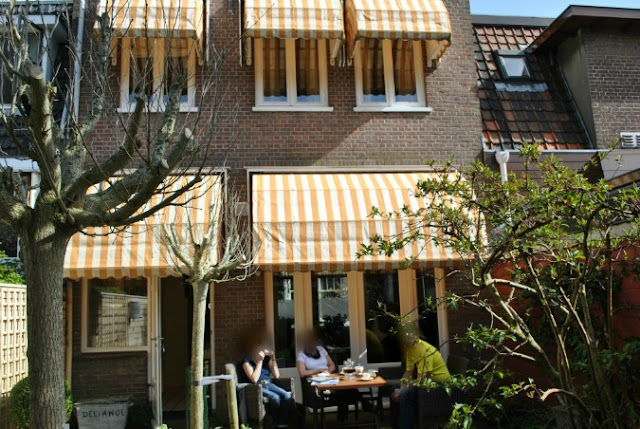 Below…. look at our poor garden these snowy days…. 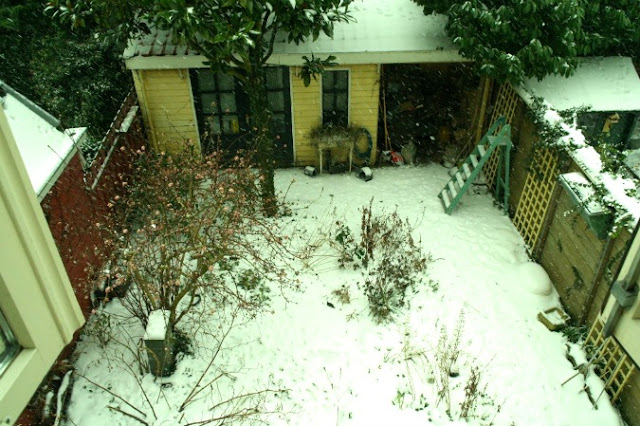 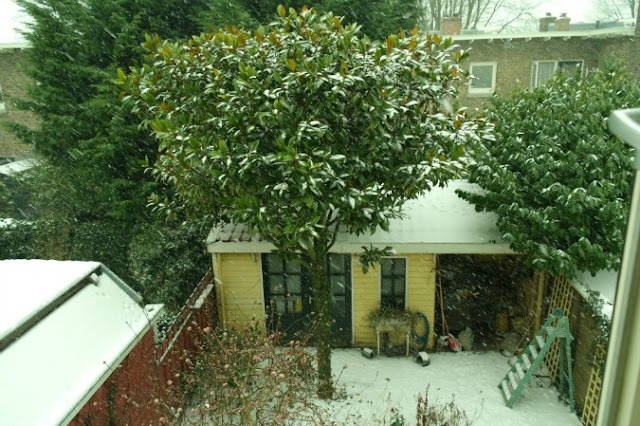 A small garden, but we city folks, like it a lot.
Greetje