After my trip to Paris, my husband (Ron) surprised me again with a gift. His current assignment involves a shop where they sell clothes by Dutch designers. And he spotted these yellow ochre trousers which, in his opinion, were super. Wouldn’t I look great in them?

I disputed that I already had similar yellow trousers. He replied they were nothing like it. Then I argued that it was nonsense to add another pair of yellow trousers to the vast pile of clothes that I already own. I actually heard myself say: “Do I really need these trousers?” Furthermore I could only think of the green jacket, to combine with the new trousers. Nothing else.
“Not to worry”, Ron said, “we will go to the department store and check out whether they have another top.”
My reply:
“Isn’t that a bit strange? To try and find something to match a piece of clothing you are already in doubt over because it seems superfluous?” Ron chuckled he had never hear me use this argument before.

Now stop…..! You will have to agree that the casting in such conversation is rather unusual. Most of the times it is the other way around.

I was still in doubt and felt a bit strange but decided that if your husband loves to see you in it, it is worth keeping.

Boy, was he right…. I don’t know what you think of it, but a lot of people in The Netherlands like it. A lot.
With another warm Thank You to “my man” for styling me. (Such a pity his assignment ends before the start of the Autumn collection hahaha.) 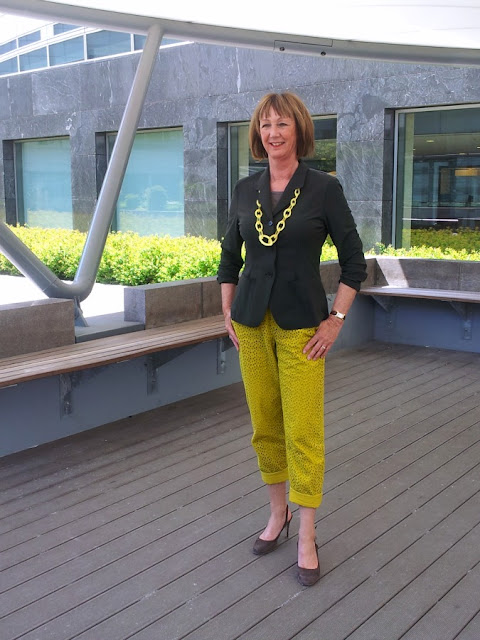 Above and the two below: at the office. 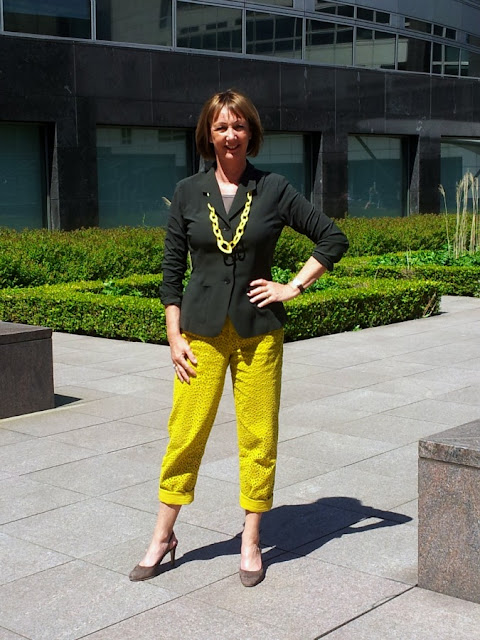 My hairdresser did not understand me when I said “don’t cut the fringe too short”….
I hate a short fringe. 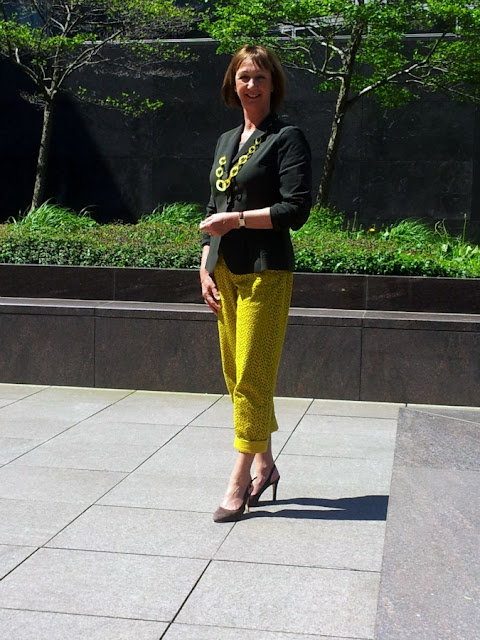 Below: a few extra photos taken in our garden. With a new fence…YEAH. 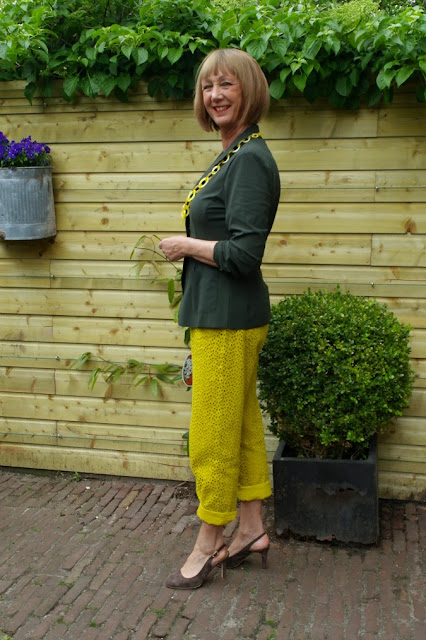 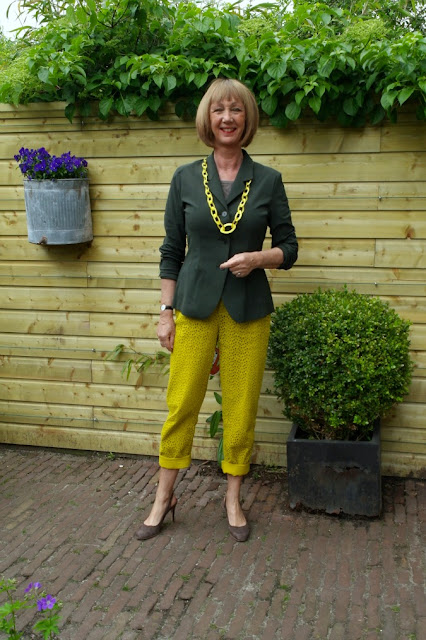 Below: with cat Sophie (after Sophie Tucker). 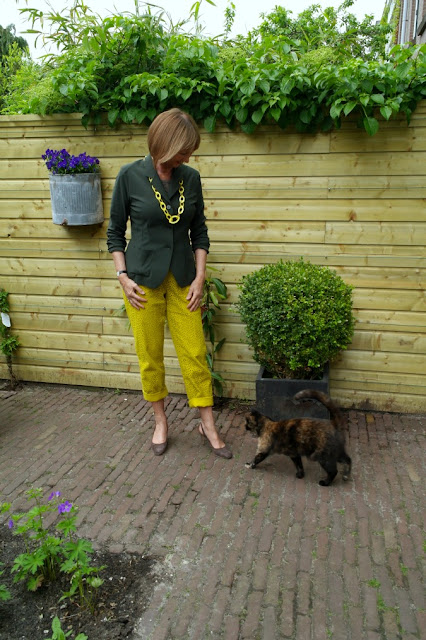 Below: the material of the trousers are like little buttonholes, with another layer of yellow cotton underneath. 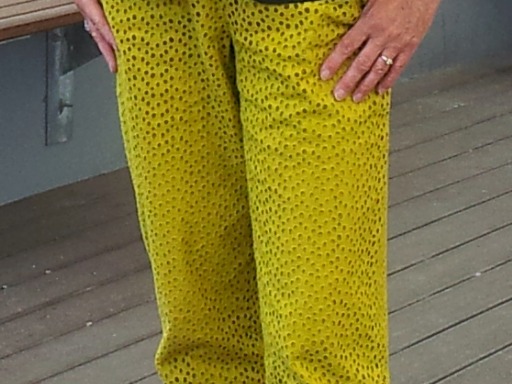 We never found another top to match these trousers, but I am sure I will find something in my closet. Don’t you agree?
Greetje
PS.. linking up to other 40+ bloggers at Visible monday.