Queens Day and …Spring in The Netherlands

What happens that day?

So herewith some pictures of Queens Day 2012 and a collage of 2013 to give you an impression.

This year Queens Day is extra special as Beatrix abdicated in favour of her son Willem Alexander.
It is even more of a mad house in Amsterdam.

To counter balance I am also showing you pictures of our neighbourhood at the start of Spring. The city houses are decorated with flowers, small trees and you will see bicycles everywhere. We are such cyclists. 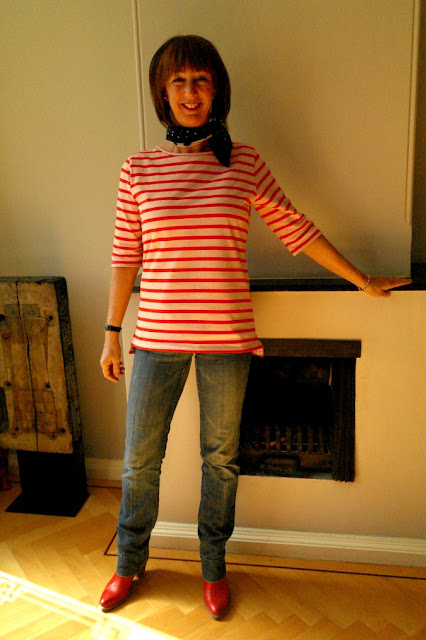 Above: this is what I wore on Queens Day last year and I am going to wear it again this year. Red, white and blue with a hint of orange in the sweater.
Below: this is what most people do: sell rubbish or food, offer games or entertainment. Dressed like idiots. 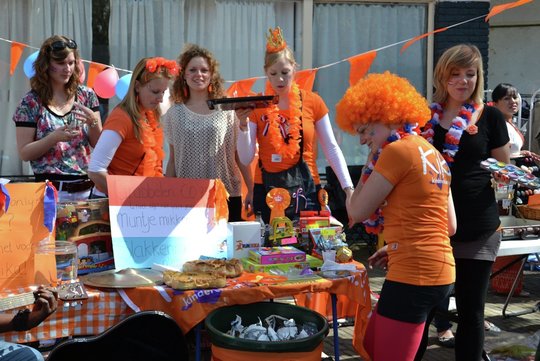 Below: a collage of 2013.
The girl with the wig is contemplating on wearing it forever as it suits her so well.
The people in the frame are paying to have their photograph taken like this.
The person whose hand you see, is trying to balance a coin on an orange in a can with water. If it doesn’t fall off, you double your money. Guess what? 99 out of a 100 times you fail. Money for the bank. 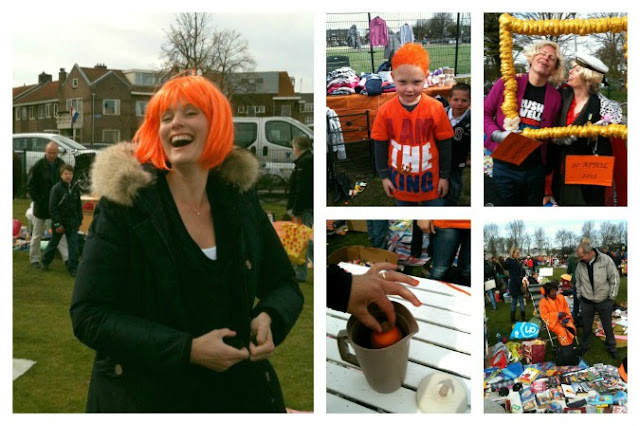 Below: you can hardly see the water of this canal in Amsterdam. So many boats. Remember… the big boats at the sides of the canal are boat houses. People live there! (They must hate this day.) 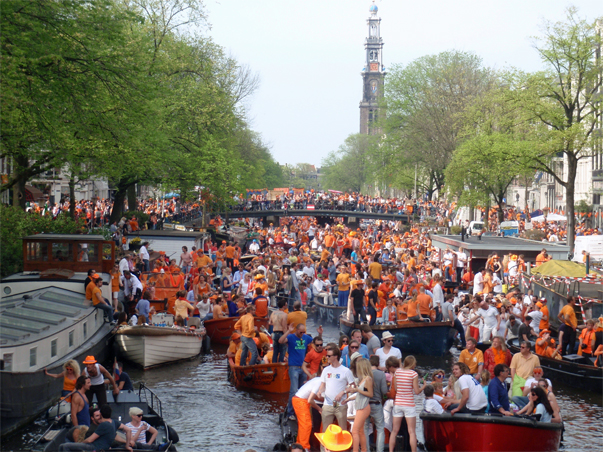 Below: our local florist with a portret of Queen Beatrix in the window. 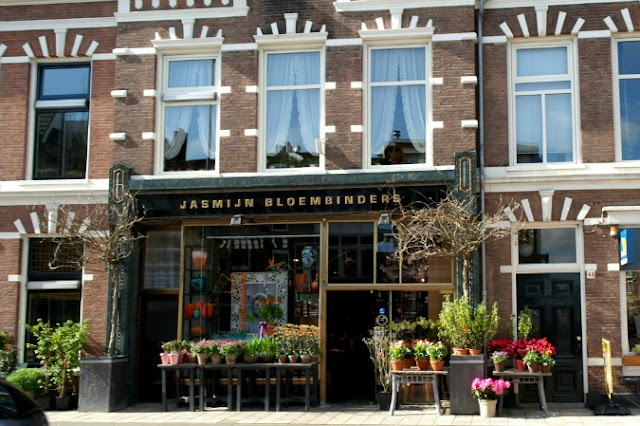 Below: the window with the portret of Beatix more closely. 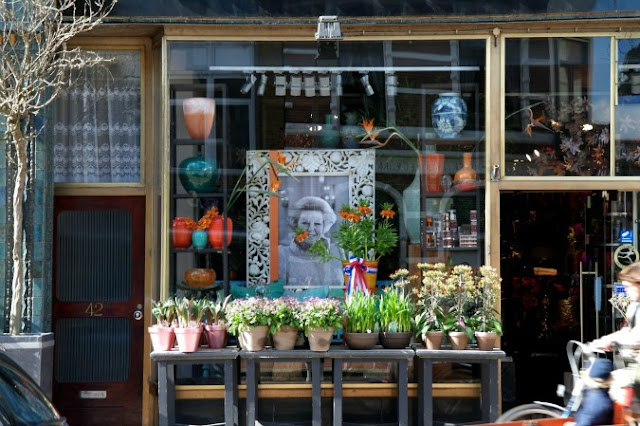 And now ….for some more tranquil pictures…. the rest of the neighbourhood. 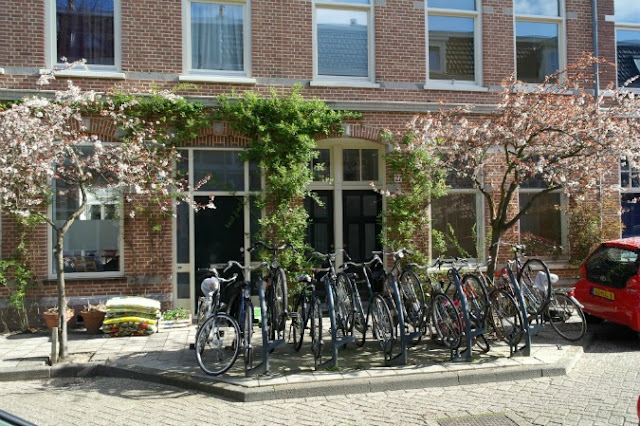 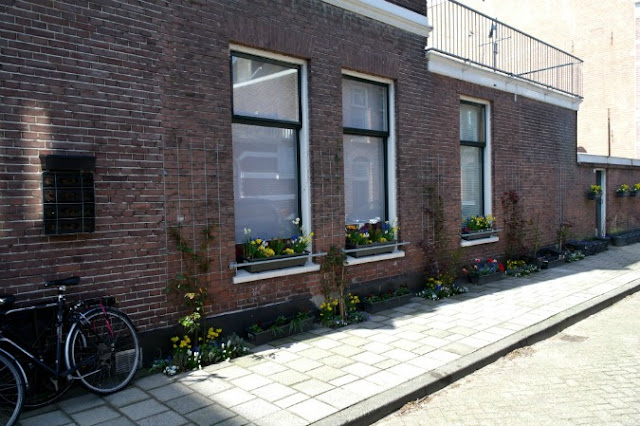 The owner of the above house (also shown in the two pictures below) is really good with flowers around her house. 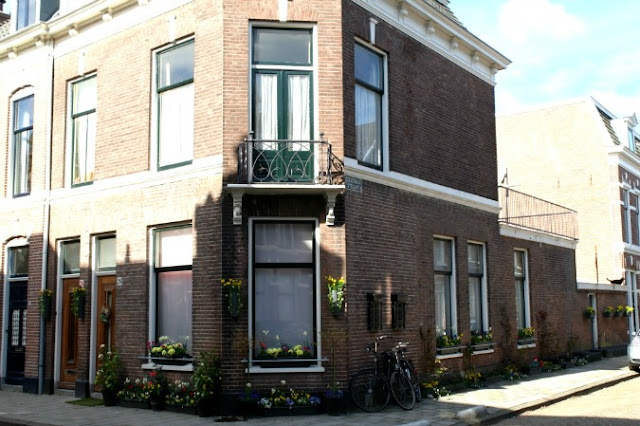 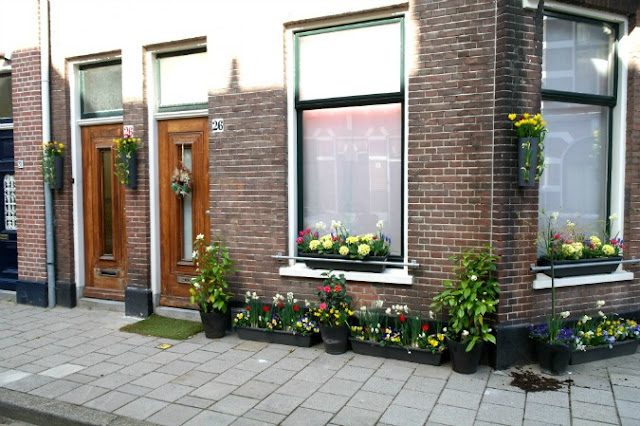 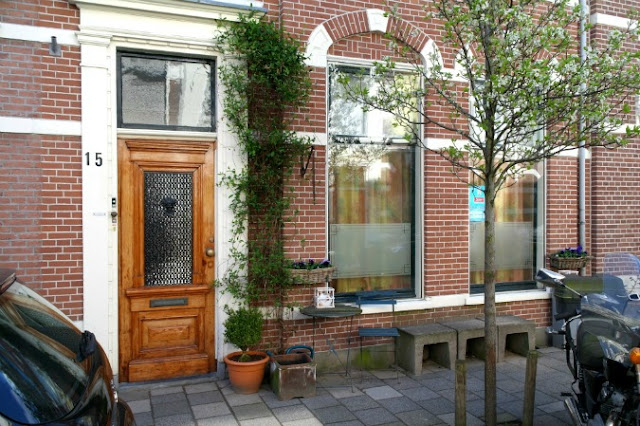 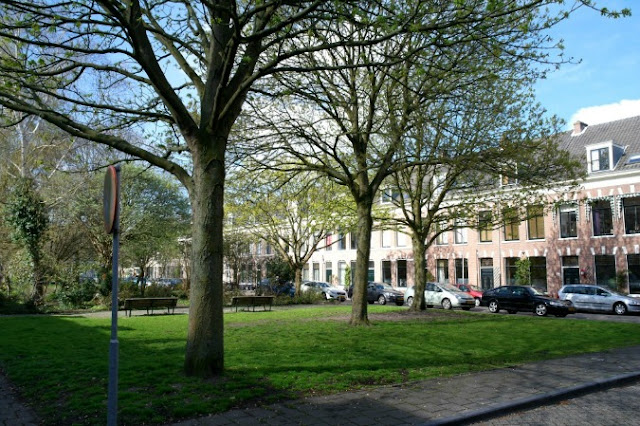 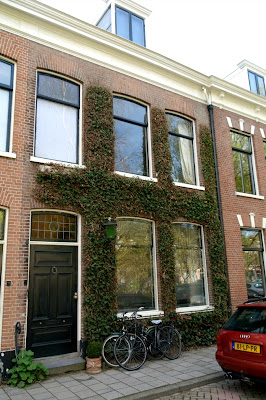 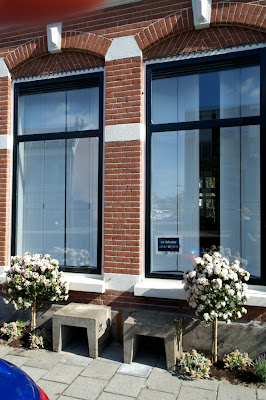 Hope you enjoyed it.
Greetje