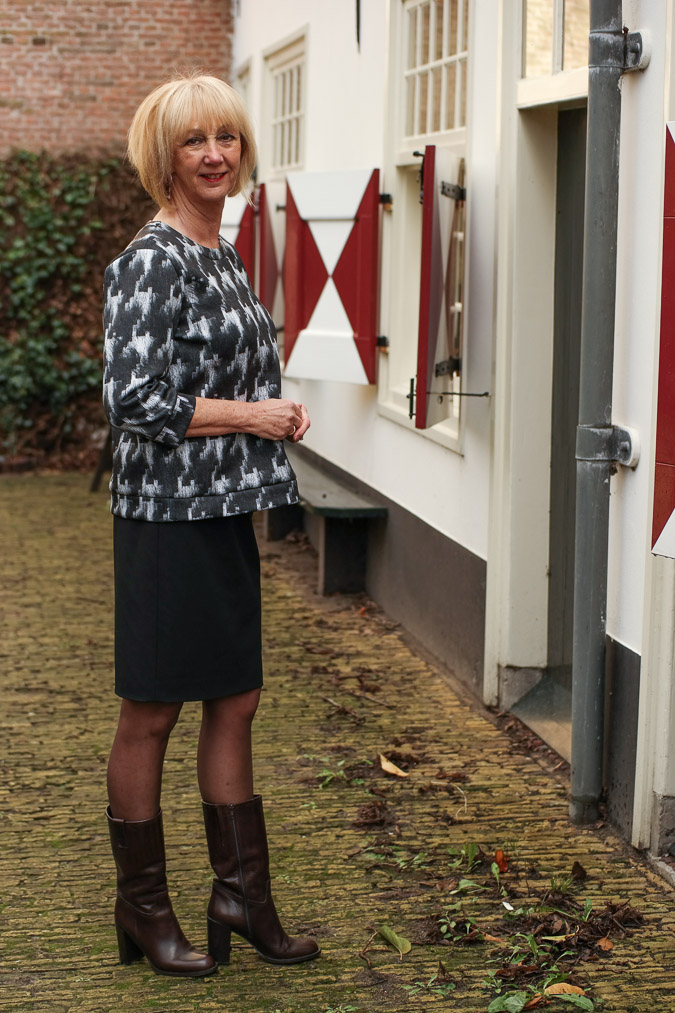 This Max Mara sweater looks black and white but there is a hint of green in it. The photos were taken at the same courtyard with almshouses where we photographed the cream A-line skirt with the “eye shirt”. Not only did we manage to take the pictures in 40 minutes (including driving there and walking up to the place), I also changed skirts and tops. You can see from these photos how cold I was. It seems the colder I get, the more wrinkles are showing. Could also be because I am getting older and older, therefore more wrinkled. Better get used to it as it is not going to get any better.

Below: this is the sign outside the almshouses which translates:

Brouwershofje. Founded in 1472 by Jacob and Katharina Huyge Roeper and handed down to the Brewers Guild. Also named St. Maartenshofje, after their patron saint. Destroyed by the town fire of 1576. Rebuilt in 1586. Restored in 1930. Limited access. 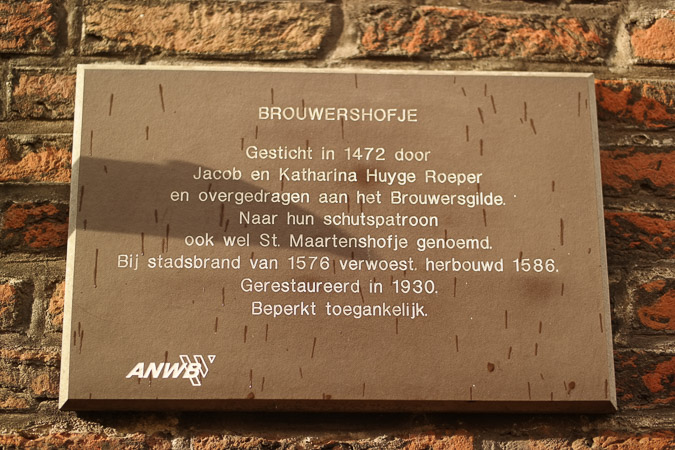 Below: the light was very strange that day so this picture looks odd. The pencil skirt is one that I bought to elongate dresses which are too short, like the red tunic dress I wore to Turin. It was actually too tight in the waist (not my best area). Even though there were two big bits of elastic in the waistband, it felt very tight. The rest was perfect for me. So my seamstress fixed the waistband. Yay. 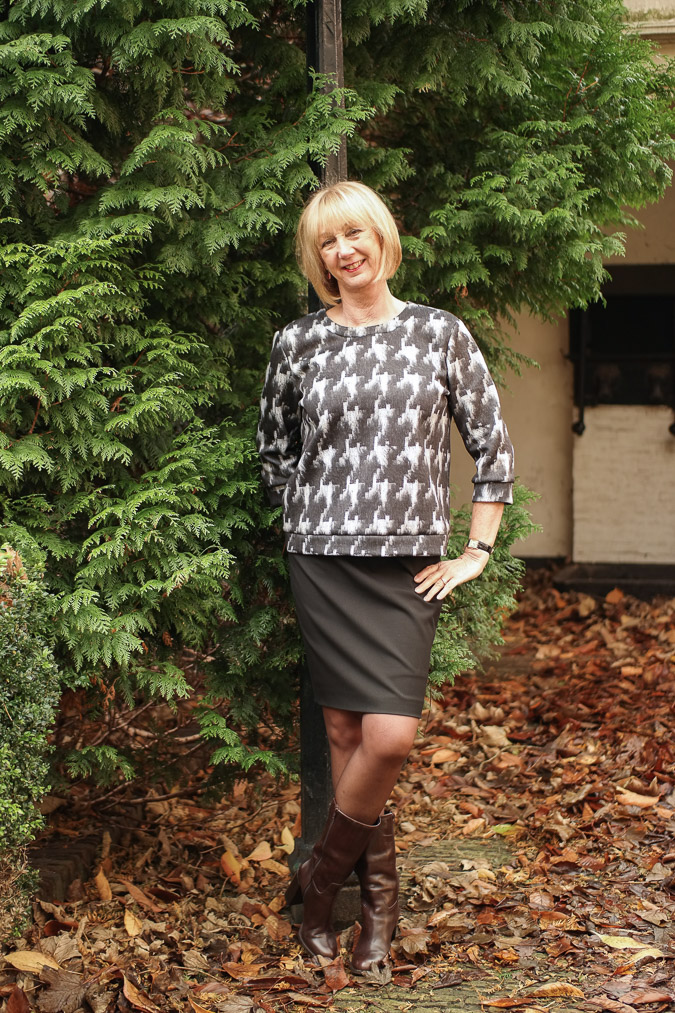 Below: vague picture of me and pump. I have found out (at last) why the camera didn’t focus on my face. Basically: blond hair, white face, white background and a focus frame which was too large. 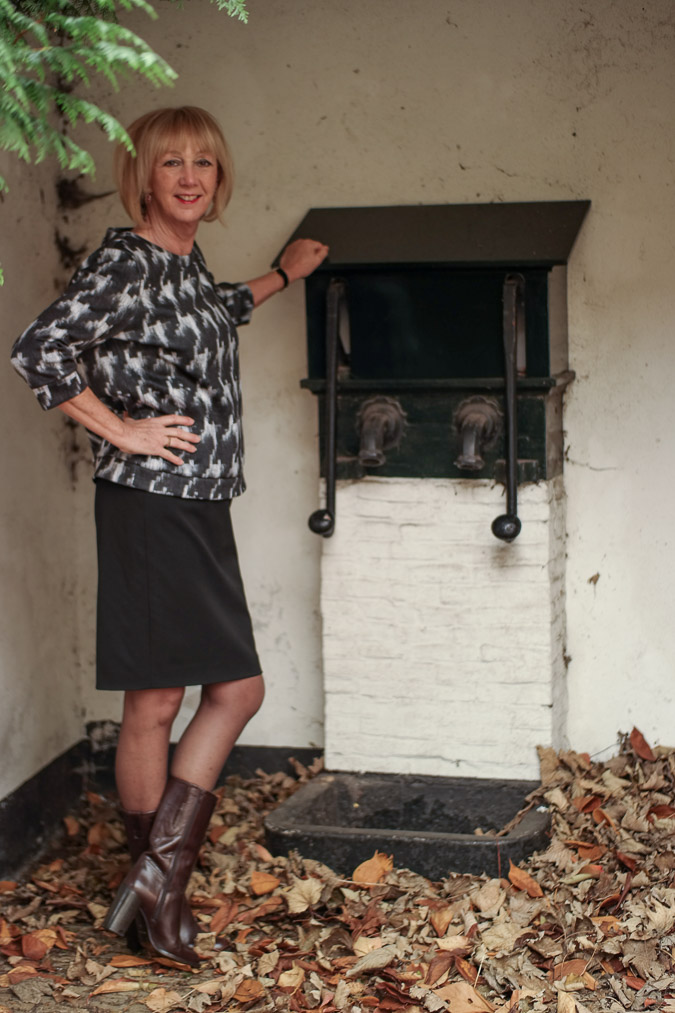 Below: can you imagine having to walk out of your house in the morning to pump water? In winter? Times have changed for the better in this respect. At least in my part of the world. 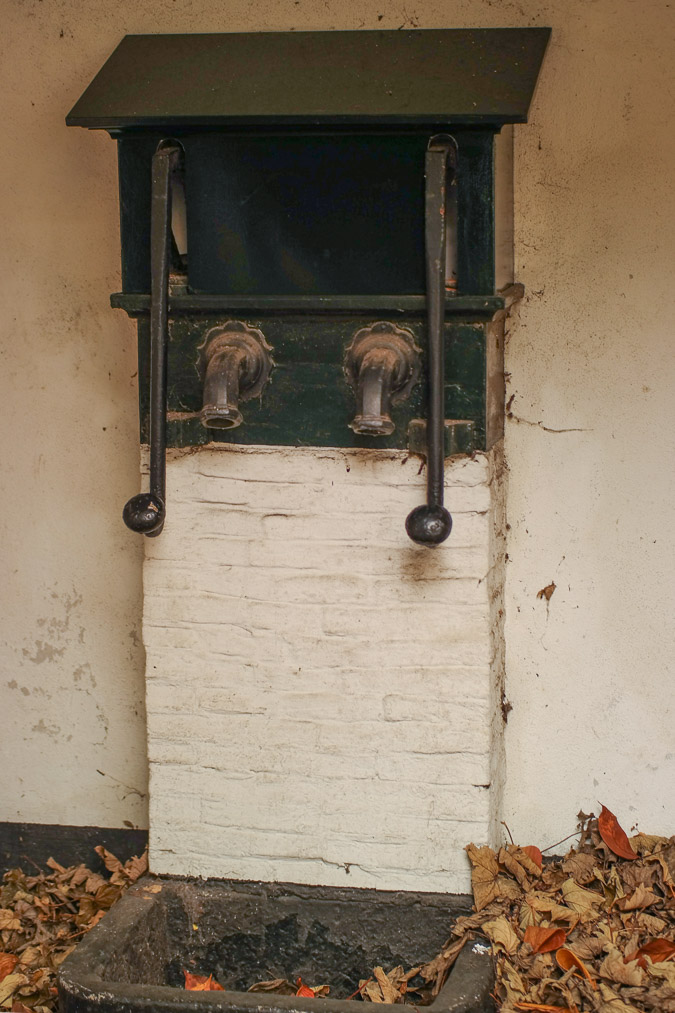 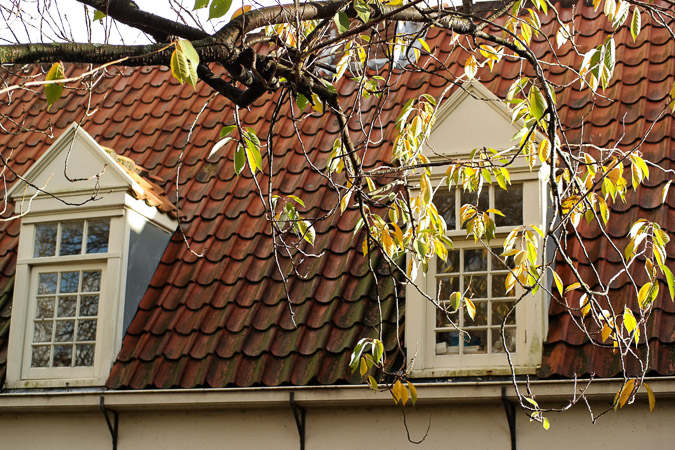 Below: the back (not much else I can add….). See how beautifully tapered this skirt is? 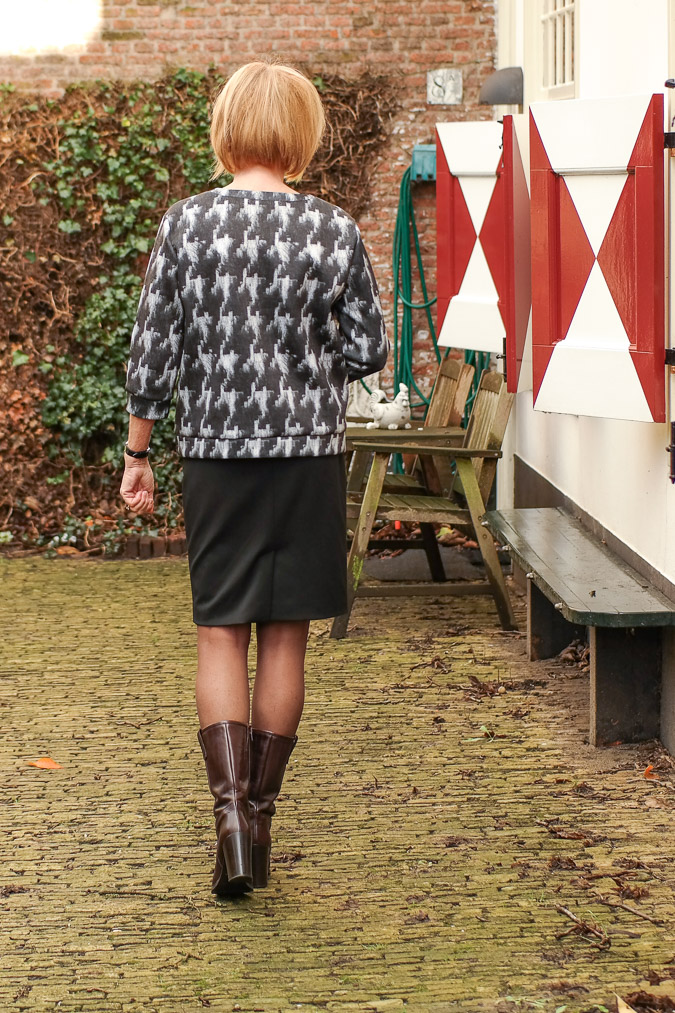 Below: clinched fists, slightly tilted head…. it was starting to rain again. 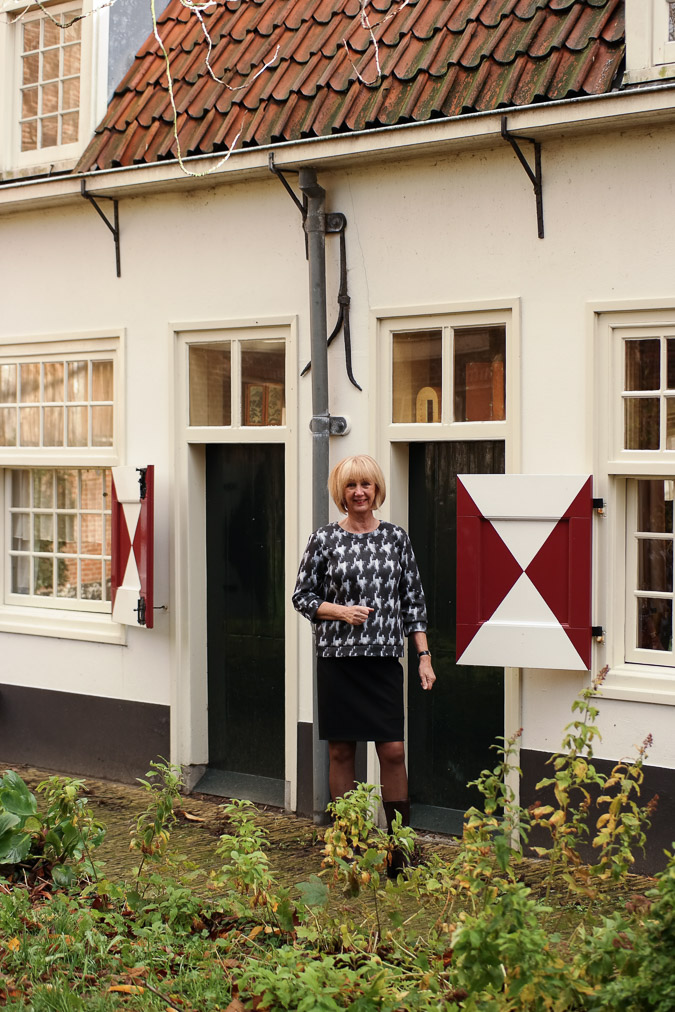 Below: a last shot hiding from the rain in the archway which leads from the street to the courtyard. Not the best circumstances for good photos. You can see that a straight top is not really made for an ample bosom…. the sweater is sticking out at the bottom instead of hanging down straight.

Below: yep, that is me again, on the right, with umbrella. In the opening of the archway. Time to go home. 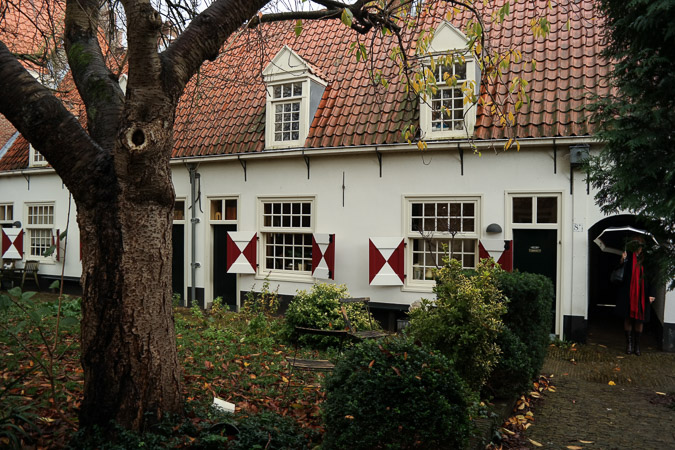 Outfit details: skirt: still being sold at Esprit, sweater, coat and boots: from the Max Mara outlet in Turin.

← Flared jeans with flower sweater Outfit of the day and yesterday →

← Flared jeans with flower sweater Outfit of the day and yesterday →