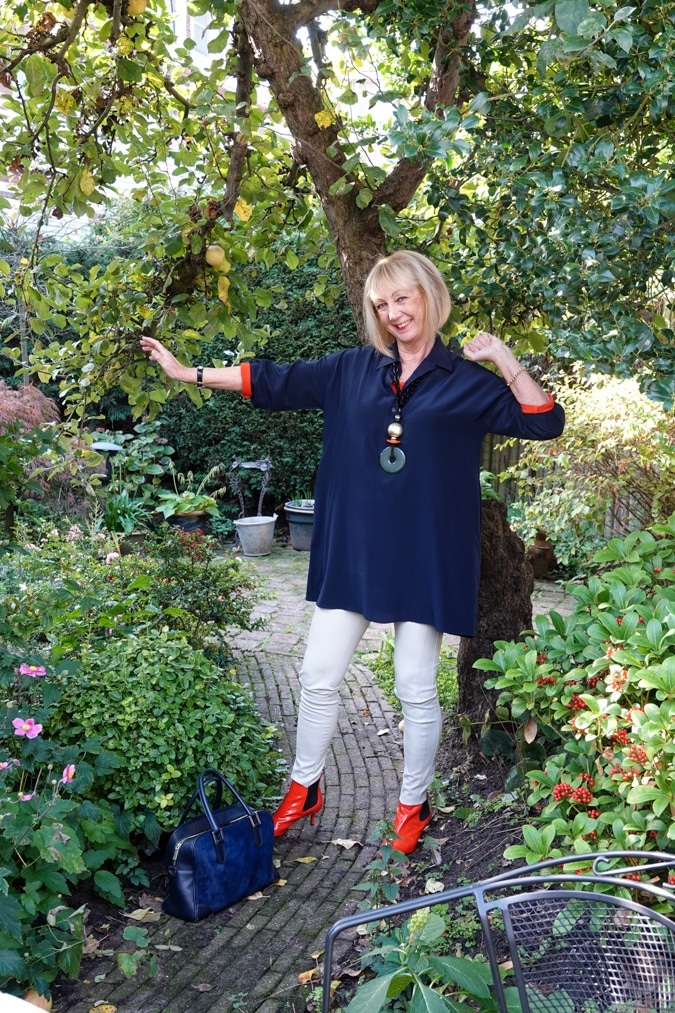 Orange patent leather ankle boots. An item not for the faint-hearted. Let me tell you, you get noticed when you walk into a room. Up till now the comments were very positive. Or people who don’t like them are scared of me and don’t dare say so 😂. These ankle boots will be great with my Diane von Fürstenberg tunic, but that outfit is for colder weather. Because the colour and shine of the boots leap out at you, I kept the rest of the outfit quiet. At first I was wearing my skinny jeans with the blouse. Changed it for these faux leather leggings, thinking you might be sick and tired of the jeans. (Although you will see them again next week.)

Georg (Ron’s friend) was kind enough to document this outfit for me. Although this kind of photography is not his cup of tea. Bless him. I wanted to stock up on photos as I have to work ahead for Selina to edit. His photos of the leopard print top last week turned out great, inspite of being indoors on a late and dark afternoon. The Wednesday we took these photos with the orange ankle boots, the weather was sunny. We didn’t have to go far as our friends’ garden is as lovely as their house.

Below: This is part of the garden. Isn’t it great? Imagine what it is like in spring and summer. 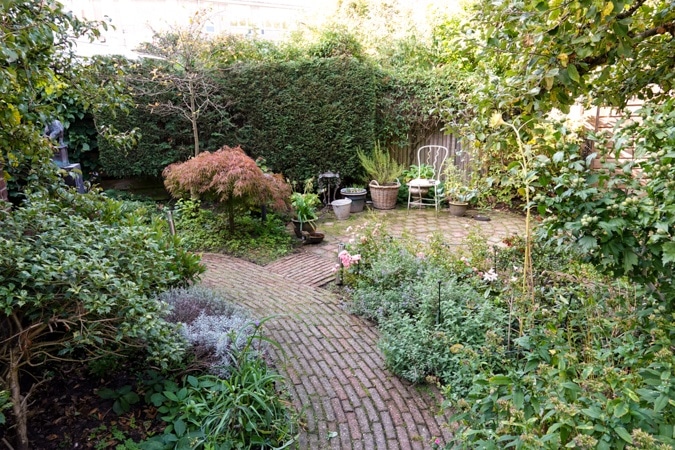 Below: We started at the left side of the garden, but the sun made my hair overexposed. 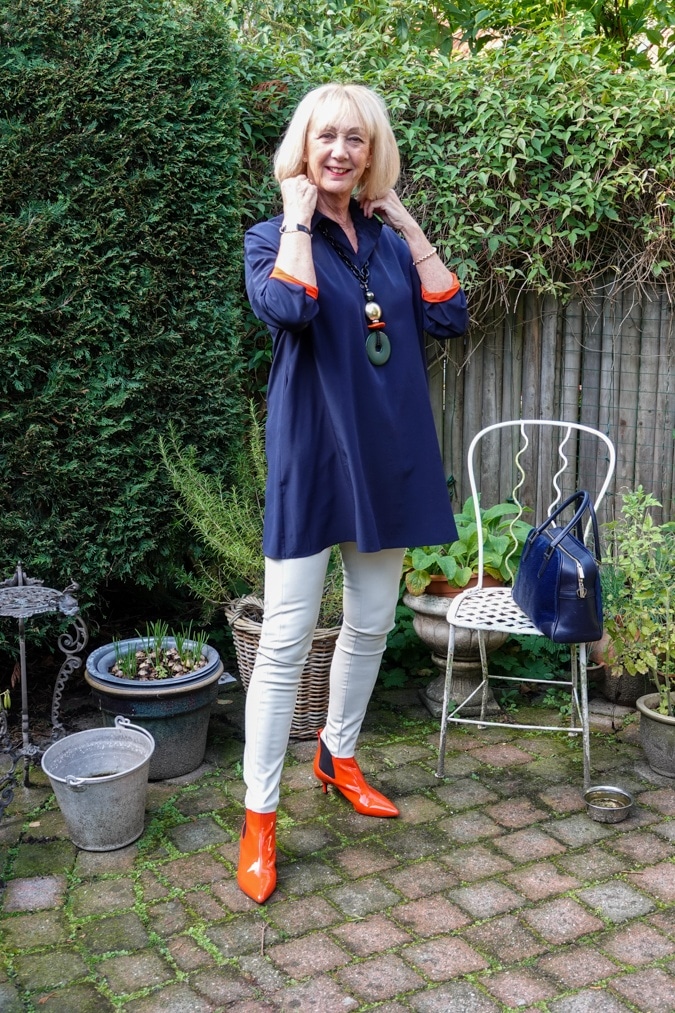 Below: The other side of the garden was better. The orange of the boots is repeated in the sweater and necklace. Subtle I think. I know red and orange are very powerful colours. 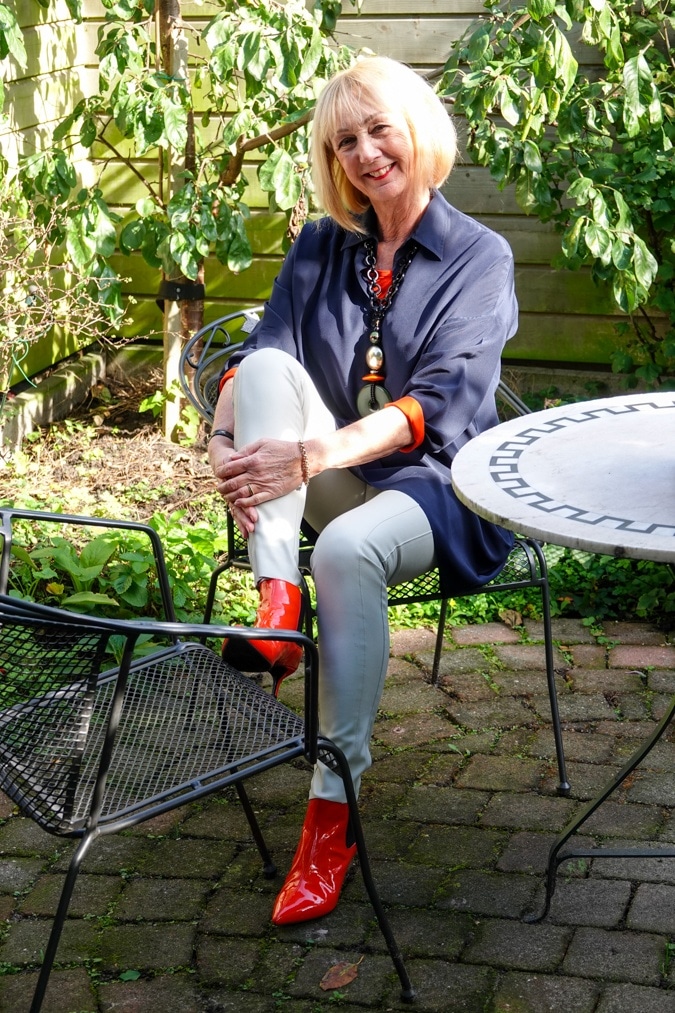 Below: Still working on my posing skills. Pretending to look for something in my bag. 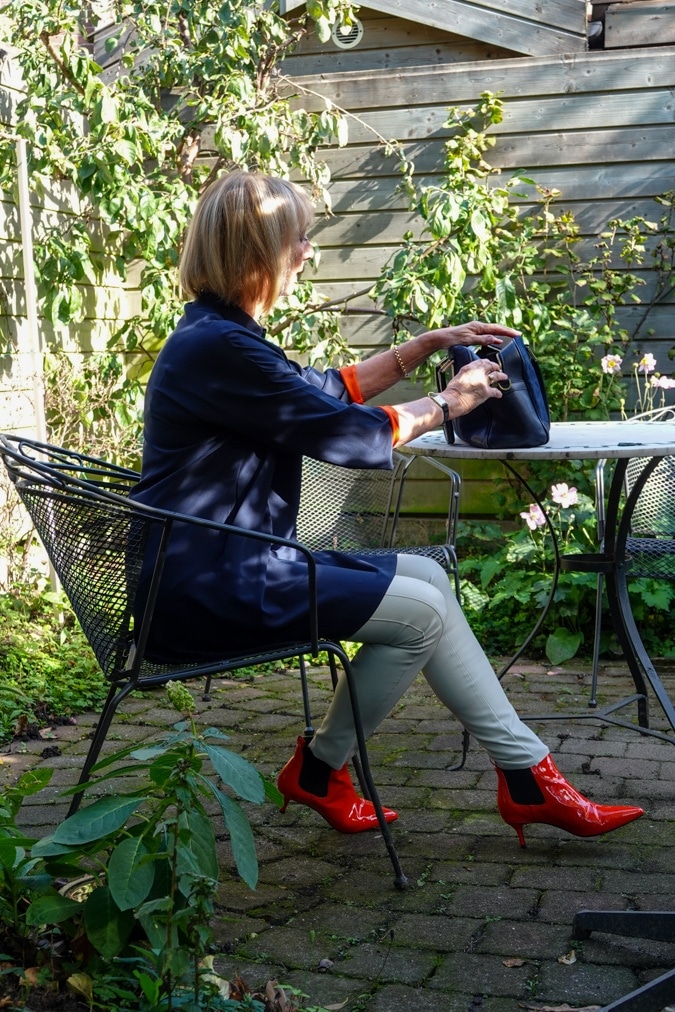 Below: I love that big tree in the middle of the garden. Perfect place to shine. 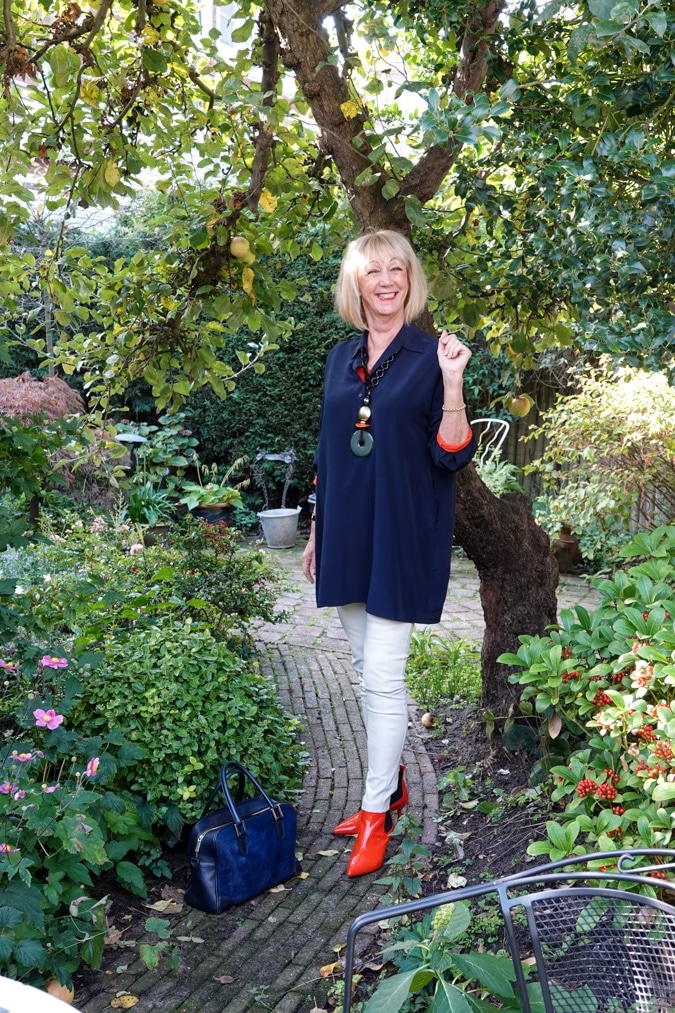 Below: The idea behind it was “ta-dah” but it makes the blouse look like a tent. Wrong pose. 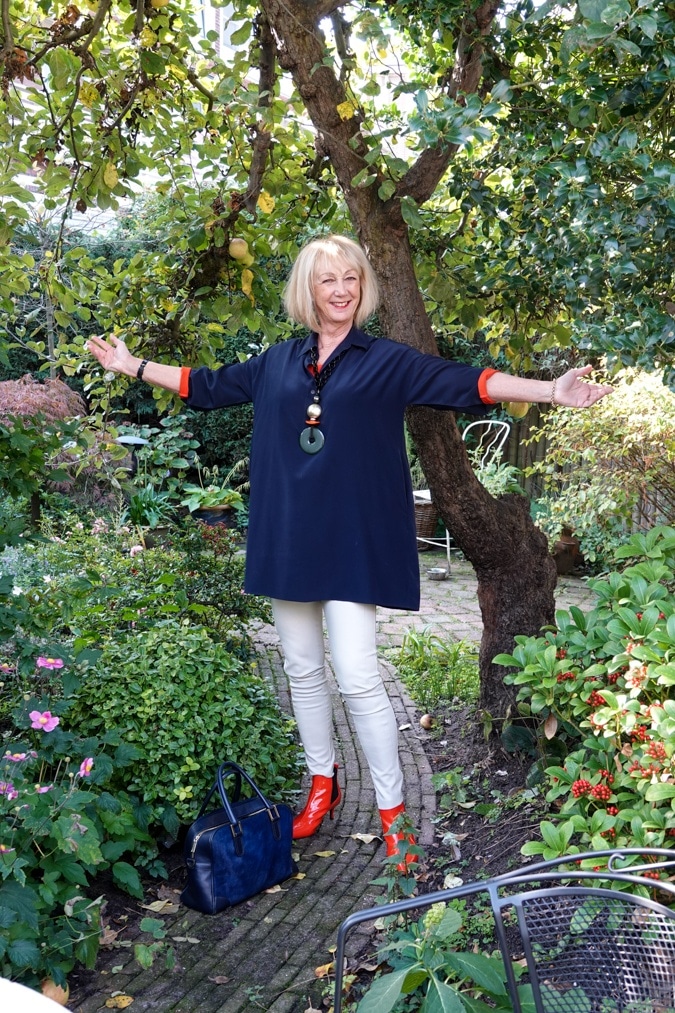 Below: The sun was out but I did wear a coat. This is my “in-between-don’t-have-to-worry-about-anything coat”. It doesn’t crease, it doesn’t attract stains like an off-white trench coat would (wink …). Perfect. Found it in 2014 and showed it in this post about the Leidsestraat in Amsterdam. The brand is FoA (First of August) and to my surprise an Amsterdam design. 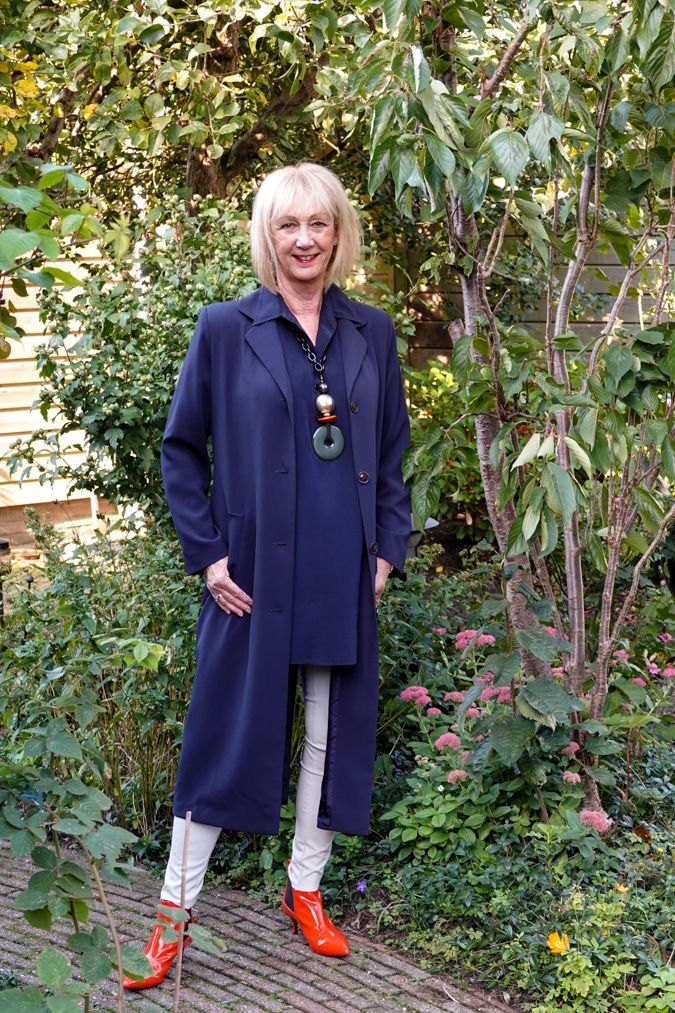 Below: I was comparing the colour of the firethorn to the orange of my necklace. The firthorn was more red as you can see on the next photo. 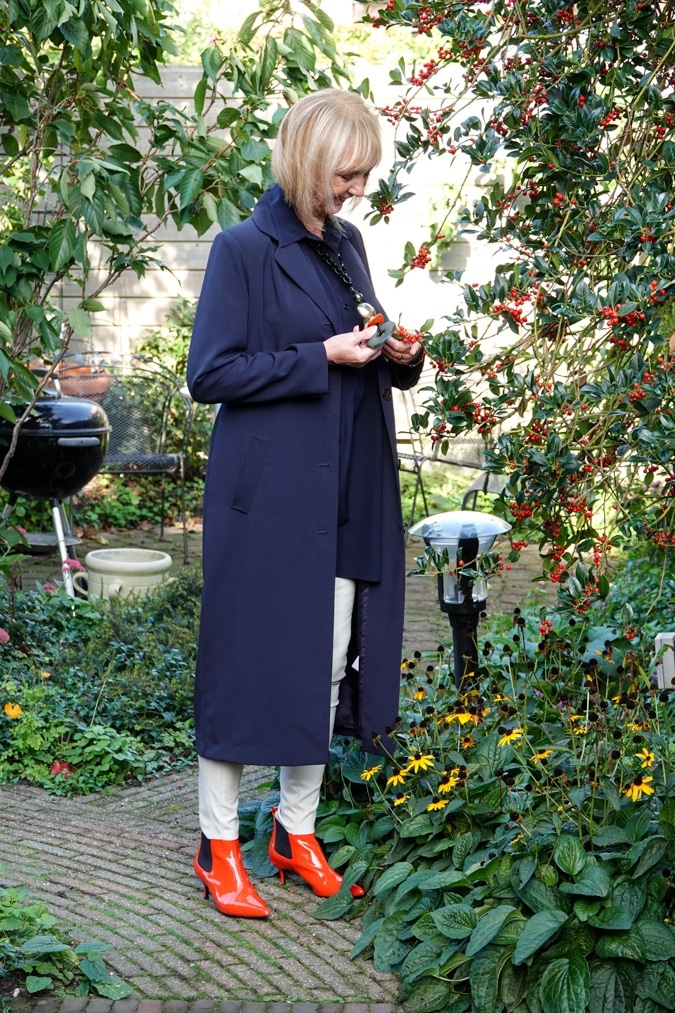 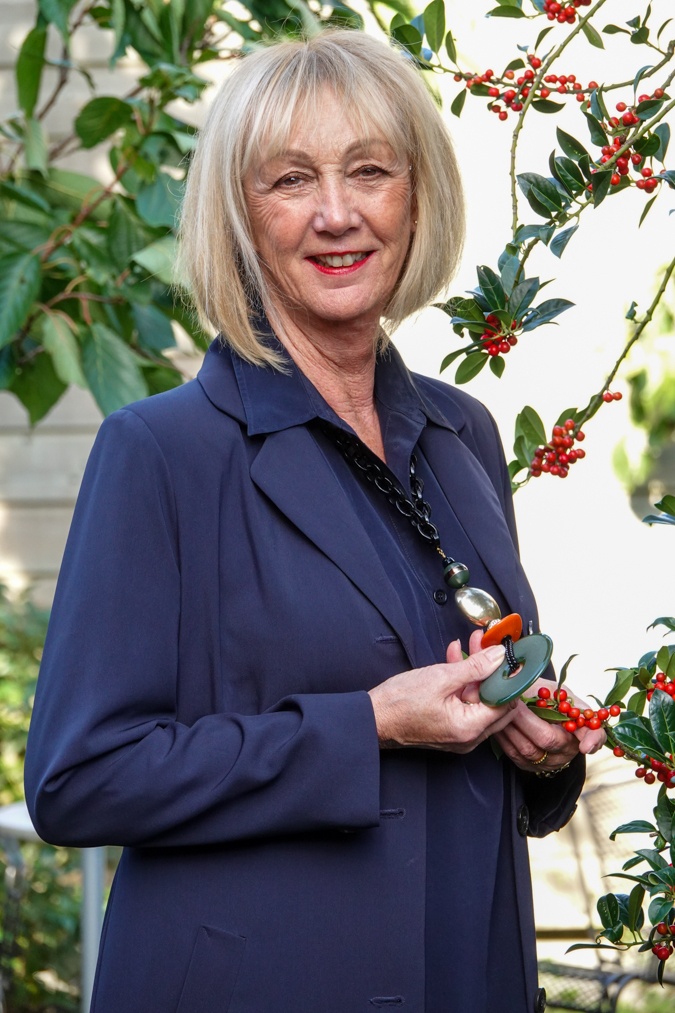 Below: Close-up of the boots. 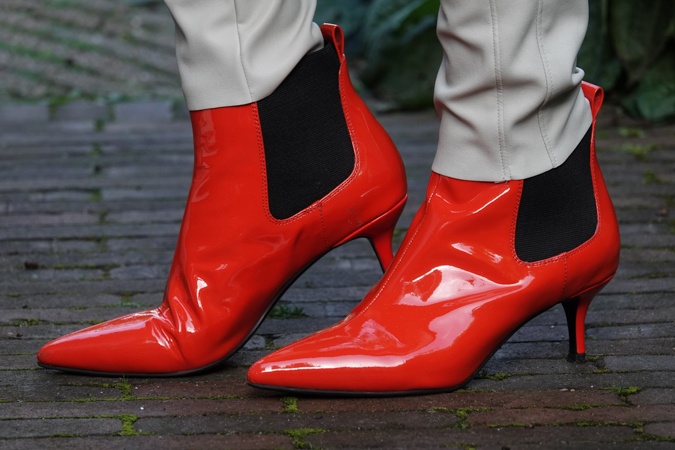 Below: Close-up of the necklace, brand Angela Caputi, sooo good. 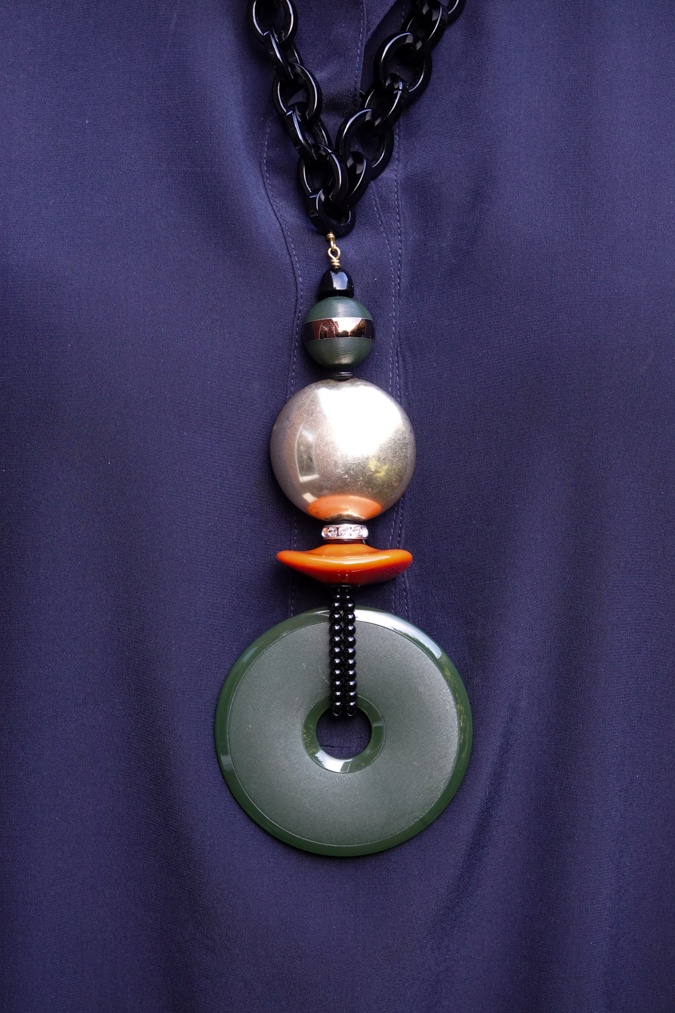 The legging is fabric but it looks like leather and is stretchy. I even had to add loops at the top so a belt could hold it up. With no hips and a stretchy legging you run the risk of finding them at your ankles. Bought them last year.

So much for the outfit.

Below: I made this photo of flowers in the window at Georg’s house. Thought it was rather nice. 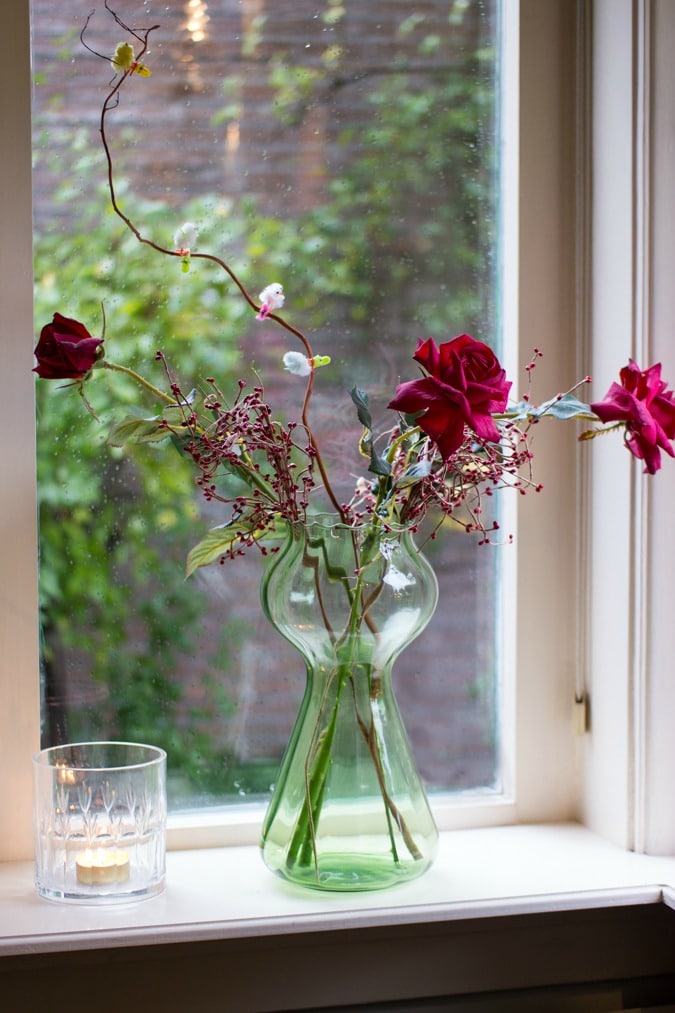 What happened in my life this week.

Saturday was another fun morning with Kitty, who photographed next week’s outfit. We had a lot of fun together. And of course at night there was Marijke’s birthday party. Marijke is one of the 6 BVA girlfriends group. You have seen them many times on this blog. She turned 60 and it doesn’t show at all. It was a very lively party, with dancing (not me), singing and good food. Below a moodboard rather than a good photo. Marijke and her husband dancing (right in the middle) surrounded by friends. 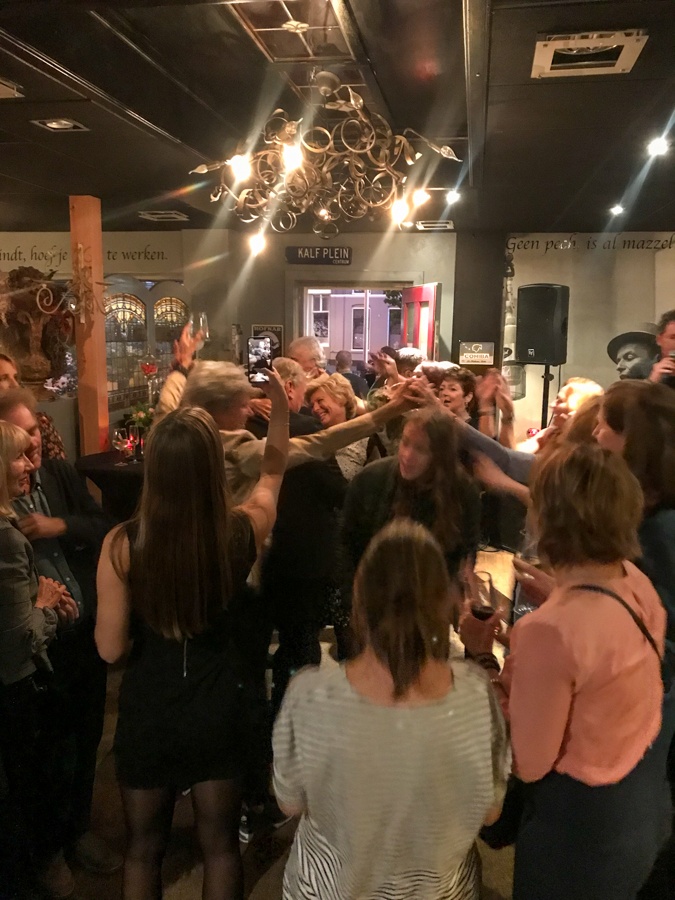 We finished the weekend with a Sunday dinner at Loetje (famous restaurant in the Netherlands for its steaks) together with friends who live in our street. As usual there was lots of laughter.

Monday was a very special day, as I got a message that my dear stepdaughter and her boyfriend got engaged while on holiday on Bali. I didn’t expect that although I could have known. I really think she deserves it. He did it properly: months of planning ahead, dinner on the beach, candle lights, hearts, guys playing love songs on guitars, down on one knee, ring… the whole shebang. Sigh… fairy tale. 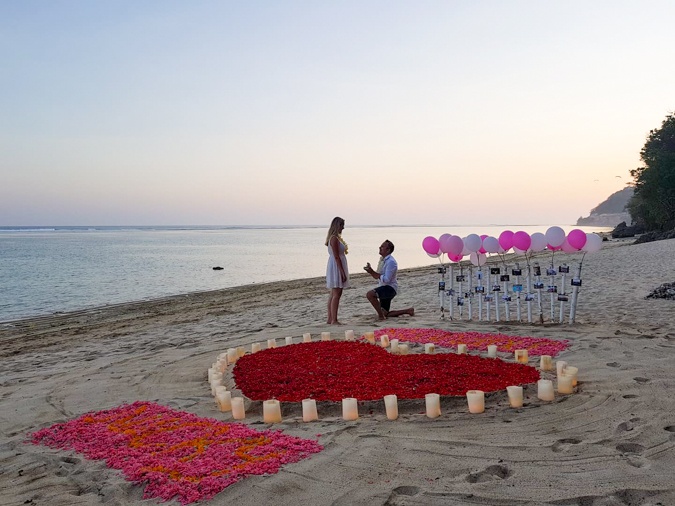 Tuesday I photographed my colleague Madelon at work as she wore such a cute sweater. She and I go back about 9 years now and we appreciate each other very much. She is skilled, sweet, clever, kind and often makes me laugh out loud with her unexpected remarks. We trust each other completely. Of course this iPhone photo taken at work doesn’t do her justice at all. And I had to “wipe” the board behind her. Cannot let out any office secrets now can I? 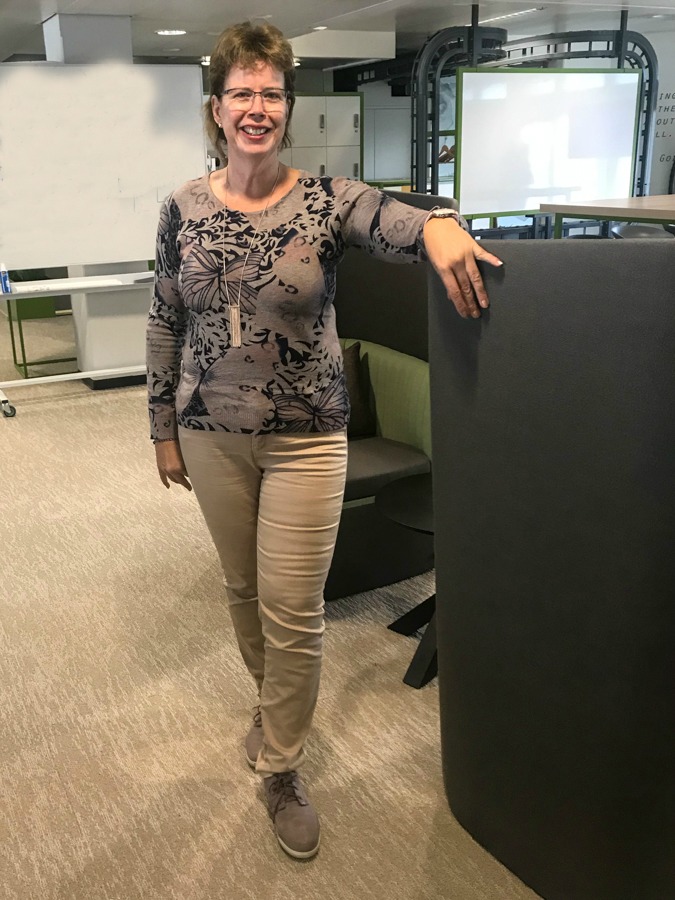 Wednesday was a terrifically quiet day. Did all sorts of things, like reading and blogging. Ron picked up the black suede pumps which I had ordered in the right size to go with my red tiger suit. Lovely man. Saved me going up and down to Amsterdam.

Thursday was a grumpy day at the office. Things did not go as I wanted, which, combined with computer troubles made me grumpy. Poor colleagues. They tried to cheer me up but only succeeded a bit. At least I didn’t have a fit. Told you I have a temper. Even getting lots of compliments about my red tiger suit couldn’t cheer me up. Well …. a little. Met a woman at the office who was dressed in an excellent way. Like wow. You can understand I had to compliment her. Turned out to be a colleague who is also called Greetje. It’s in the name folks.

It was a good day for my mum though. Ron celebrated the fact that he sent the thousandth postcard to her. For two and a half years he has been sending her a postcard every day with a little funny text he makes up himself. He buys the cards second hand (not sent before). The picture doesn’t really matter but is often the cause of the funny message he writes on it. To commemorate the thousandth postcard, Ron drove to her house (an hour’s drive) with a cake that had a picture of him posting a card. See below. 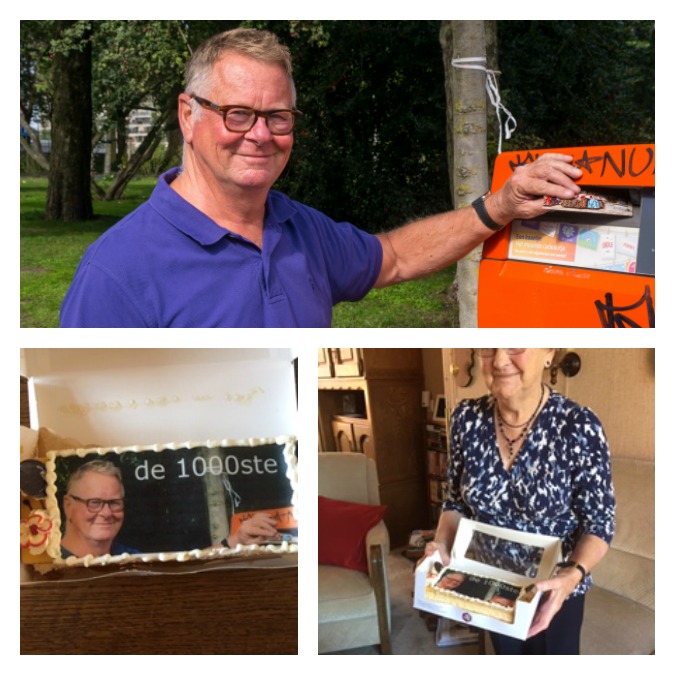 Friday was a better day at the office. Very quiet as this is the day most colleagues are free or working from home. As the chimney sweeper was to come to my house between 2 and 4, I left the office a bit early (did enough overtime to do this without feeling guilty). Of course he arrived at a quarter to 4. Not much of a punishment as the sun was shining in our garden and I read a magazine, did some blogging… totally relaxed.